J. T. Swyers - History of our Stores in Bonavista, NL 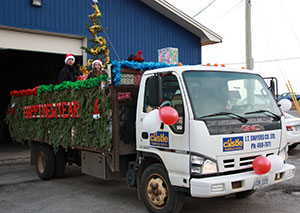 In 1892 at 16 years of age, Joseph Swyers began a small barter operation in a former fishing shed not far from its current location in Bonavista, Newfoundland. There he bartered goods for fish, which he then sold to existing fish merchants in the area and in St. John's.

By the turn of the century he erected a building near the site occupied today by J. T. Swyers Co. Ltd. The main focus of the company was the salt fish trade. Cod was purchased or bartered locally and also collected around Newfoundland and Labrador by company-owned vessels. After further processing and drying at the Bonavista site, the fish was packed in locally made barrels and exported to Spain, Portugal, Brazil and The West Indies, often in company-owned schooners. The company also produced cod liver oil and shipped dried squid to China. Local berries known as Partridge Berries or Lingon berries were collected and shipped to the USA. 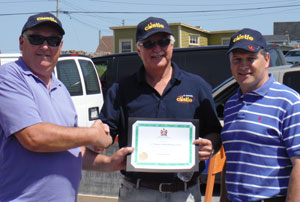 In 1919 a new and larger store was opened on the existing site and it continues in operation today. This "modern" General Store was, as an early employee wrote in his diary, "without a doubt second to none of its kind in this town." It was needed to accommodate the expanding operations of the company. In addition to the fish trade the General Store supplied provisions, food, clothing, fishing gear, housewares, hardware and lumber. There was also a wholesale division that supplied goods to smaller stores in Bonavista and Trinity Bays.

As the salt fish trade declined in the 1960s and 70s the Company concentrated on its local market. In 1983 J. T. Swyers Co Ltd. joined Castle Building Centres and expanded the hardware and building supply departments.

In 2004 Joseph Thomas Swyers was inducted into the Newfoundland and Labrador Business Hall Of Fame.

In 2012 a complete store redevelopment was undertaken with a new layout, new fixtures and improved product selection to better serve customers.

After giving up fishing due to extreme bouts of seasickness, young Joe Swyers was determined to succeed on dry land. As a result of his energy, foresight, and entrepreneurship, the business that bears his name has prospered and will celebrate 124 years in 2016. 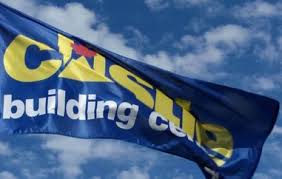 We are an independent dealer. We run our own store, we own our business. Our families and staff are part of the fiber that makes up our local community. We are committed to serving your needs.

We are a member of Castle Building Centres Group Ltd, a 100% Canadian co-op buying group owned by members just like us. Castle serves the needs of Canadians from coast to coast. Since 1963, builders, contractors, DIYers and customers have relied on independent business people just like me, to deliver quality lumber, building materials and hardware at competitive pricing.

If you're looking for something special, give us a call, browse our online catalog or request a quote right now. If you can't find it, please let us know and we'll be pleased to get it for you! That's what neighbours do for one another. 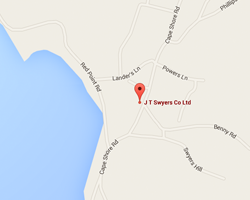